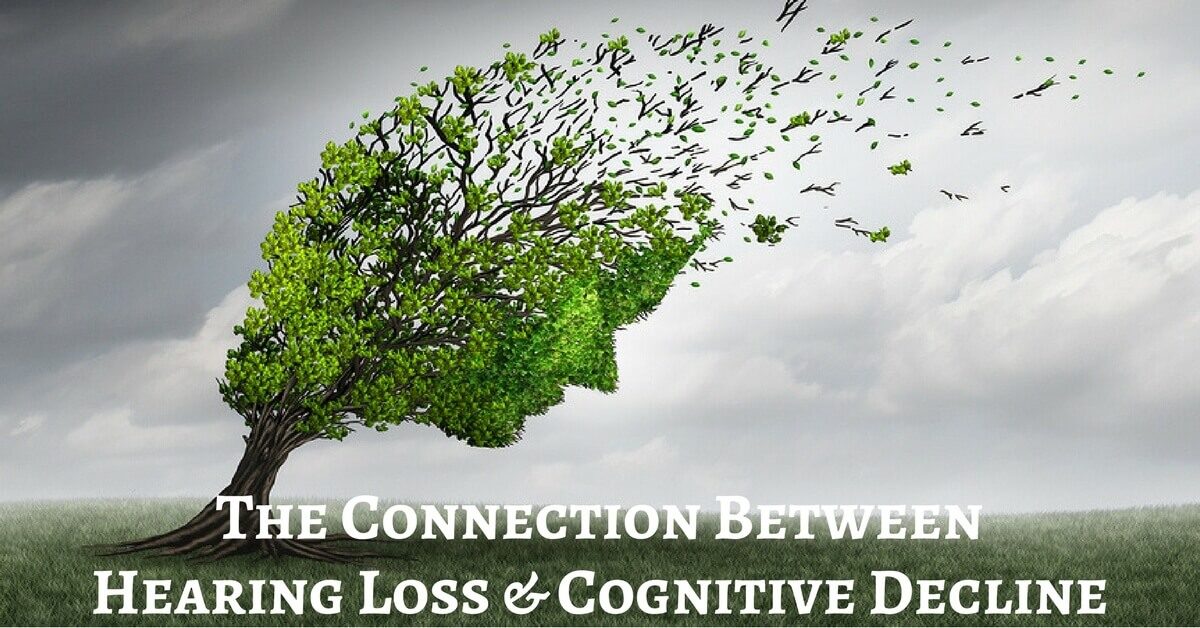 As with all of our senses, hearing is linked to our brain function. When our ears pick up sound waves, they are transmitted through the middle ear where they are amplified, and then they are sent to the inner ear where they are processed into neural signals. These signals make their way through well-worn neural pathways to the auditory processing center in our brains, where they are registered as sounds we recognize. With untreated hearing loss, this process falters and thus creates more work for our brain.

In recent years, a number of studies have linked hearing loss and cognitive decline. We take a look at some of the major findings and provide solutions on what can be done to help prevent cognitive decline, especially in older adults.

In 2011, researchers at Johns Hopkins University and the National Institute on Aging found a link between hearing loss and dementia. According to their press release, “Although the reason for the link between the two conditions is unknown, the investigators suggest that a common pathology may underlie both or that the strain of decoding sounds over the years may overwhelm the brains of people with hearing loss, leaving them more vulnerable to dementia. They also speculate that hearing loss could lead to dementia by making individuals more socially isolated, a known risk factor for dementia and other cognitive disorders.”

In this study, researchers tracked 639 participants over nearly two decades. At the beginning of the study, some participants had hearing loss, but no one had dementia. Cognitive tests were administered between 1990 and 1994. By 2008, 58 participants had developed dementia. Researchers reported that “participants with hearing loss at the beginning of the study were significantly more likely to develop dementia by the end. Compared with volunteers with normal hearing, those with mild, moderate, and severe hearing loss had twofold, threefold, and fivefold, respectively, the risk of developing dementia over time.”

In the first part, researchers point to a heavier cognitive load that the brain must sustain in order to make sense of sound. This detracts from cognitive abilities that would be used for other functions, such as concentration and memory. Over time, this increased cognitive load could be harmful and pose a potential risk for dementia.

Furthermore, the effects of untreated hearing loss radiate into other parts of our lives. When we struggle to make sense of speech sounds, it becomes difficult to socialize and stay in touch with our friends and loved ones. As a result, people begin to retreat from social interactions and isolate themselves socially. For older people, social isolation can be harmful to one’s cognitive health – and mental health. People with untreated hearing loss are also at higher risk for developing depression, stress, and anxiety issues.

In 2013, the same researchers from Johns Hopkins University published findings in a similar study. They found that older adults with hearing loss were “more likely to develop problems thinking and remembering than older adults whose hearing is normal.” In this study, researchers tracked participants for six years, with cognitive tests. They found that for people with hearing loss, “cognitive abilities declined some 30 percent to 40 percent faster than in those whose hearing was normal. Levels of declining brain function were directly related to the amount of hearing loss…On average, older adults with hearing loss developed a significant impairment in their cognitive abilities 3.2 years sooner than those with normal hearing.”

Visit Us at Hear Care in Rhode Island

To schedule a hearing test, contact us at HearCare today.