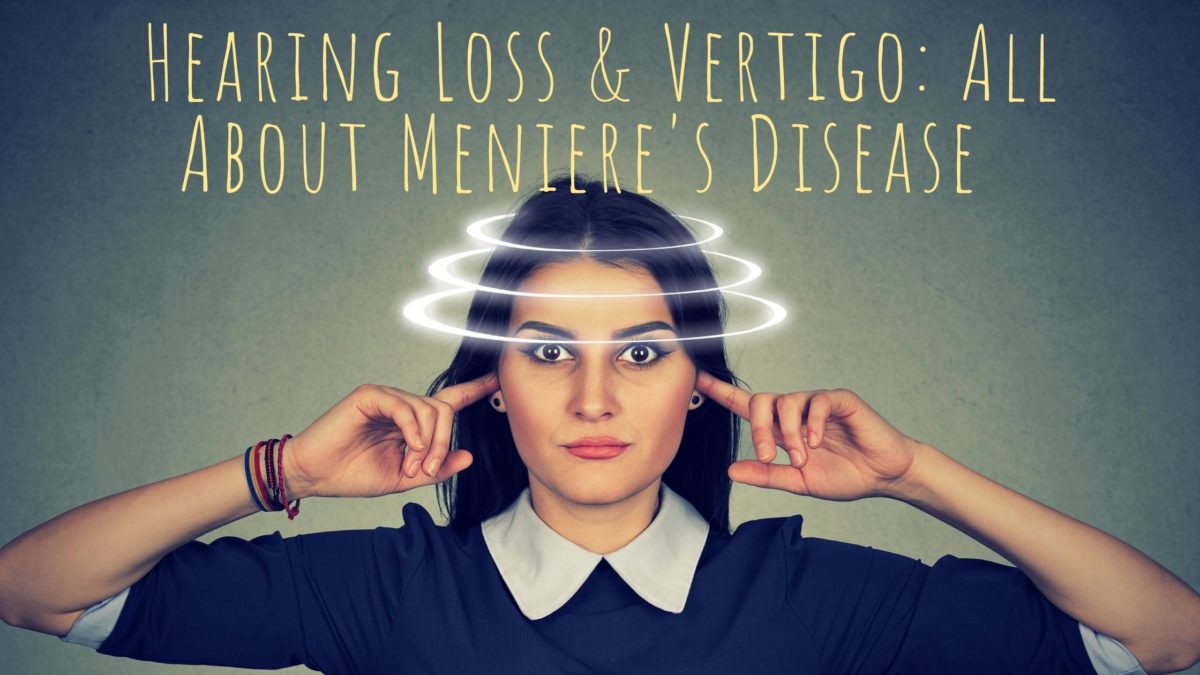 Are you experiencing spells of vertigo or dizziness? Do these spells come on unexpectedly and last for just a short time or many hours? If you are, it could be a sign you are dealing with Meniere’s disease. Meniere’s disease is a condition in the inner ear affecting approximately 615,000 people in the United States, making it a relatively rare but serious disorder.

What is Meniere’s Disease?

Meniere’s often materializes as acute and unpredictable dizziness and vertigo often accompanied by muffled hearing, tinnitus and a feeling of fullness in the ear. First identified by the French physician, Prosper Meniere in 1816, who realized that this combination of symptoms might be due to the same issue. Before his discovery, many scientists believed that the unpredictable spells of vertigo were an issue, which stemmed from a brain disorder, which he was able to instead link to issues in the inner ear.

Balance in the Inner ear

Much of our hearing relies on tiny hairs in our inner ear, which pick up sound waves and convert them into electrical pulses sent to the brain to be processed and interpreted. These tiny hair cells exist in the part of the inner ear known as the vestibular system, which is key in sending information about our balance to the brain. The vestibular system consists of three curved canals and two otolith organs known as the utricle and saccule. The entire system is filled with a fluid and when we move this fluid slowly moves, stimulating the hair cells inside. This system informs our brain of the position of our head, informing our mind if we are tilted, lying down or standing up. Other aspects of the vestibular system can detect our head’s rotation as well.

While the cause is still not completely understood, it is commonly believed that issues occur in the vestibular system of the inner ear. This consists of a build-up of fluid in the inner ear which can jam or send false signals about a person’s balance system to the brain.  When a patient suffers from Meniere’s, there is too much fluid in the vestibular system causing swelling. As the level of the fluid fluctuates attacks of this condition can come on unpredictably causing not only vertigo and dizziness but debilitation nausea and vomiting, leaving victims incapacitated for minutes or up to hours.

The complicated issue in diagnosing Meniere’s is that it is not the only condition in which dizziness, vertigo and nausea are present. Other common issues that present vertigo include BPPVwhich occurs when tiny calcium particles collect in the inner ear. Another common cause of vertigo is labyrinthitis which is an inner ear problem usually related to viral infection causing disorienting balance issues. Less common issues causing vertigo included strokes, tumors, some medications or migraines. Part of the confusion with Meniere’s is that it shows itself differently for different patients. For many it starts immediately as vertigo whole, others suffering from Meniere’s may first experience a progressive hearing loss before vertigo comes on. Episodes of Meniere’s may occur in clusters, occurring over a short period of time. However, sometimes attacks may arrive many months apart making it hard to combine all the attacks towards a single cause.

Meniere’s affects people differently making different methods of treatment ideal for each individual with the disease. Many have positive results from anti-nausea medication, while others find more help with medication, which reduces dizziness. Others have found success in medicating with a regular intake of diuretics, which reduces the amount of water retention in the body. This can limit the amount of liquid build-up in the vestibular system, which can decrease the frequencies of attacks. Many benefit from a reduction of salt in their diet, which like a diuretic limits water retention as well as avoiding alcohol tobacco and caffeine.

If you find that you are having mild or moderate hearing loss due to Meniere’s disease hearing aids can amplify the sounds you struggle with so you can hear much more clearly. If you suspect you have this condition contact us to help you manage your symptoms today!