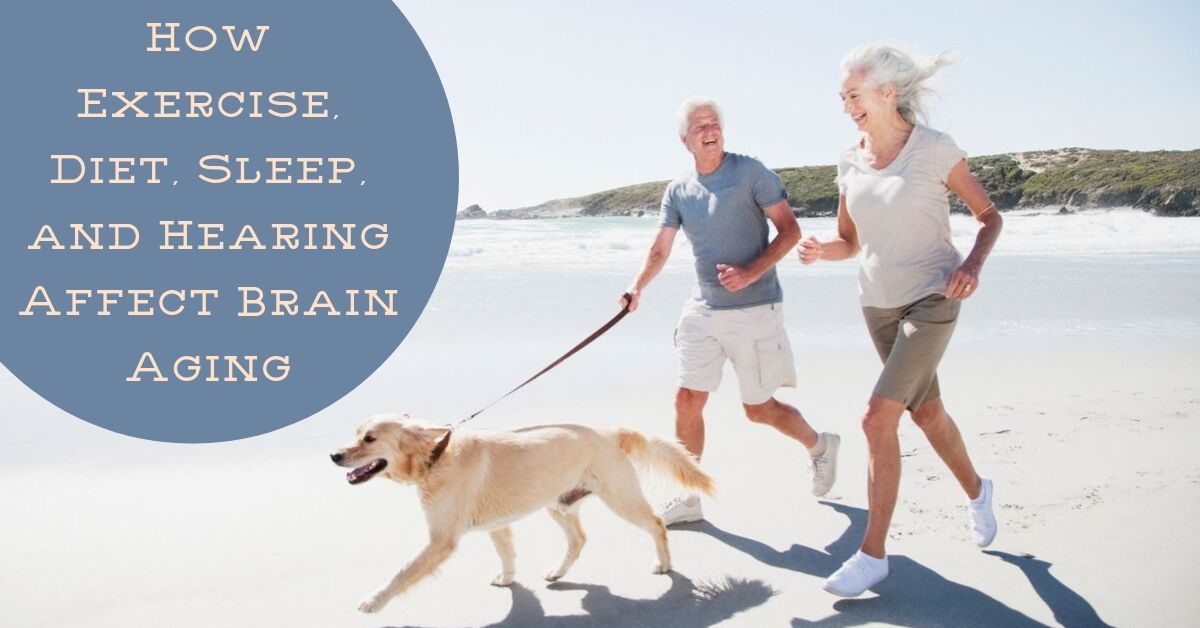 Aging is inevitable, but did you know that there are lifestyle changes you can make that can change the way you age? Living a healthy lifestyle can have a remarkable effect on our feeling of general wellbeing, including our mood, energy level, and social relationships. However, that healthy lifestyle could also have a dramatic effect on your ability to retain flexible cognition as you age.

A recent report by Stephen M. Stahl, MD, PhD, an adjunct professor of psychiatry at University of California San Diego demonstrated some of the lifestyle changes that can improve your cognition later in life. Some of them might come as no surprise, while one lifestyle choice—the choice to seek treatment for hearing loss—might be less intuitive. Let’s take a look at the features of a healthy lifestyle that can preserve your cognition as you grow older.

General levels of exercise can have a preventative effect against dementia. Those who exercise three times a week or more had a 32% lower risk of dementia than their counterparts who did not exercise regularly. One interesting finding of the research demonstrated that it was not only short intense bursts of activity that had a preventative effect, such as going to the gym. Even those who had repeated mild exercise were better prepared to weather the cognitive struggles of older age, so incorporating walking and other moderate activity into your lifestyle can have huge gains.

Two healthy diets had a strong positive effect on brain health in the aging process: Dietary Approaches to Stop Hypertension (DASH) and the Mediterranean Diet (MediDiet). Both of these diets are high in fresh fruits and vegetables, legumes, nuts, and low in red meats as well as processed foods. The DASH diet also emphasizes low-fat dairy products, such as limiting the use of butter, and it had a strong positive effect on cognitive functioning over time. MediDiet also emphasizes healthy fats, particularly the use of olive oil, and it had a similarly strong relationship with decreasing the risk of dementia.

Sleep disorders are incredibly common among older people, with many suffering from insomnia or breathing problems that prevent a full night of restful sleep. What researchers have found is that sleep deprivation increases the deposition of beta amyloid in the brain. Slow wave sleep is necessary to clear amyloid beta more effectively, so healthy sleep is related to brain health, as well. Creating an environment that is conducive to healthy sleep can have ripple effects into the process of cognition, as well.

These lifestyle changes might come as no surprise to you, but the next lifestyle feature seems unrelated from the process of cognition: hearing treatment. If a person experiences hearing loss without receiving treatment in the form of hearing aids or another assistive device, the brain struggles to communicate. Researchers, such as Dr. Frank Lin and his team at Johns Hopkins University, have found a statistical link between untreated hearing loss and higher rates of dementia. Specifically, hearing loss is associated with brain atrophy and neurological degeneration, especially in the temporal cortex. Over a ten-year period, those with mild hearing impairment had a double risk of dementia. Those with moderate hearing loss had triple the risk, and those with severe hearing loss had five times the risk of dementia. The good news is that treating hearing impairment can lead to cortical restructuring and cognitive improvement. Hearing aids must be worn consistently and correctly to reap the benefits of the treatment.

By simply making an appointment with us at HearCare, you are also taking a step toward preserving your healthy cognition in older age. Once you have taken the test, your hearing professional will be able to recommend hearing aids to suit your particular hearing profile, and these devices can work wonders on not only your social interactions, mood, and enjoyment of life, but also your ability to think clearly and quickly as you age.