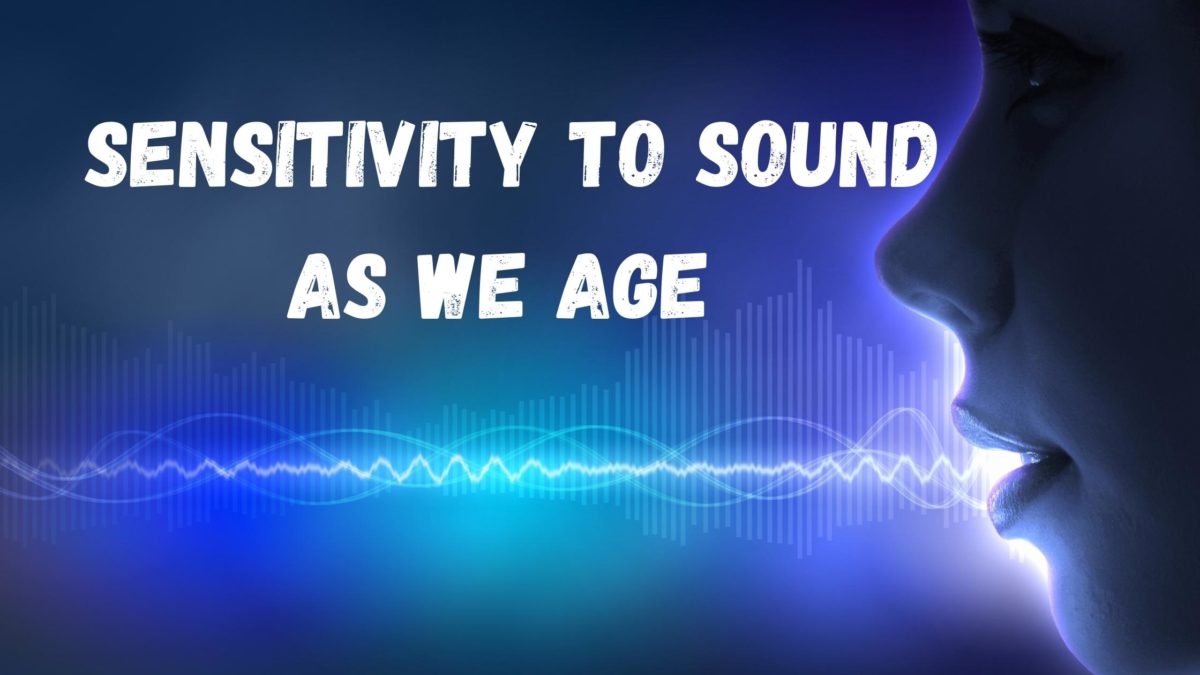 As we get older, we face a growing number of critical life transitions, such as employment changes and retirement, children leaving home, the loss of loved ones, —and even the loss of independence. Healthy aging is typically determined by how we respond to and grow from these changes.  There are changes to your hearing, too, including an increased risk of sensitivity to sounds. Let’s take a closer look at this condition.

Aging and sensitivity to sound

As we age, we become more sensitive to sound. This is more prevalent in hearing loss, but it can also happen in regular hearing people. Some people grow so sound-sensitive that they can hardly endure what most people would consider typical sound levels.

Hearing aids, which have sound processors and automatically modify sound, can alleviate this discomfort. New hearing aid versions can react nearly instantly to loud noise (such as a gunshot or a slammed door.) and reduce the volume.

Have you ever spoken with someone, and they ask you to speak up as you begin to speak, only to complain a little time later that you are speaking too loudly? It’s conceivable that they’re bothered by the noise.

The microscopic hair cells and nerve fibers in our inner ears start to degenerate as we get older. The cells do not heal after they have been harmed. According to studies, reduced blood flow, which occurs as we age, causes changes in our ears. Some of the changes occur due to extended exposure to loud noises. In contrast, others may be the result of a combination of variables. The high range is when we detect the first alterations. This would include children’s voices as well as some women’s higher voices.

According to a study published in the Journal of Neuroscience, the auditory cortex of people in their 20s was shown to be different from someone in their 60s. Researchers believe that these modifications are to blame for certain people’s heightened sensitivity to sound.

As we get older, we may have trouble distinguishing background noise from sounds we’re attempting to hear.

A recent study looked at adults between the ages of 18 and 31 and compared them to adults between 60 and 70. Each group was given a listening exercise with background noise added. The younger group was able to identify and listen to the specific sound. In contrast, the older group was less able to do so. Distracting background noise had no effect on the younger adults but affected the performance of the older adults.

One of the most challenging things for many older adults is understanding a conversation in background noise. Hearing loss is a factor, but recent research shows that the brain’s ability to filter out certain sounds in the presence of background noise deteriorates with age. One reason, according to researchers, is that the brain synchronizes with specific speech rhythms. According to monitors attached to research participants, the signals in the older individuals’ brains fired in a pattern to match the background noise they were processing, which reduced their ability to concentrate on a single target sound.

The cause of the concentration problem was the subject of two theories. One hypothesis was that hearing loss impairs the brain’s capacity to filter out noise and process specific sounds.

The other is that the brain’s actual sound processing changes. High-pitched sounds, such as smoke and carbon monoxide alarms, are the most disturbing to those with sound sensitivity. Individuals have also expressed sensitivity to sounds such as silverware rattling, pots and pans clanging, clapping, and children shouting.

Hearing aids can help with some noise sensitivity difficulties. Our team is delighted to chat with you about your hearing problems and assist you in overcoming them. Make an appointment for a hearing evaluation at least once a year and more frequently if you suspect your hearing is changing.

If you feel you have hearing loss or notice that some sounds are bothering you that they weren’t before, it’s time to schedule an appointment for a hearing test with us. Our knowledgeable staff is eager to assist you with your hearing issues.