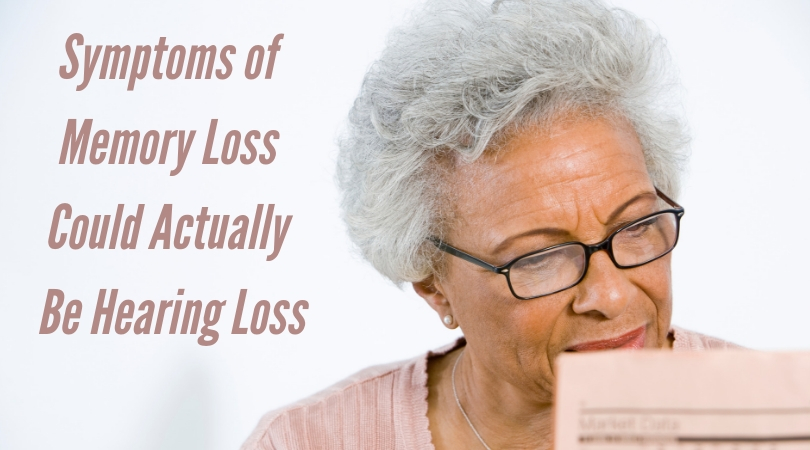 A recent study in the Canadian Journal on Aging tries to understand two complicated and easily misunderstood conditions. On the one hand, memory loss afflicts many people, particularly those who are older in age, and we still know strikingly little about the workings of serious conditions such as dementia. Although the symptoms of memory loss are clear to those who experience it as well as loved ones and family members, the cause of memory loss, not to mention the prevention or treatment of it, remain mysterious.

On the other hand, hearing loss afflicts many older people, and the condition tends to get worse with age. Some of the causes of hearing loss are known, but we have yet to discover a way to reverse hearing loss within the anatomy of the ears. At the intersection of these two conditions is the complicated matter of speech and linguistic understanding. This recent study excellently investigates the possibility that the two conditions overlap, as well as the possibility that the measurement and diagnosis of the conditions might confound one another.

The relationship between these conditions may be confounded in the way that they are detected. Dr. Susan Vandermorris led a team from Baycrest that looked at the way people were sent to them for cognitive testing. Often, a family member or loved one reported that the person might be experiencing memory loss. However, the researchers hypothesized that those family members might be observing hearing loss instead. Consider a person who was forgetting things that were told to them, neglected to take care of tasks that a family member asked them to do, or simply not paying attention in conversation. It is entirely possible that each of those instances had nothing to do with memory loss at all, and the real problem was an inability to hear. Indeed a majority of the participants in their study of supposed memory loss had hearing loss as well (a full 56%), and only about 20% of individuals used hearing aids. The shocking finding was that a quarter of the participants did not demonstrate any signs of memory loss due to a brain disorder.

With such a puzzling result, researchers had to speculate about the relationship between memory loss and hearing loss. As we know, those who have hearing loss struggle to converse. When they hear a person speaking it comes across as a mélange of random sounds, vowels, and consonants. In the struggle to put together speech into something intelligible, the mind has to scramble to make up something meaningful. That scrambling feeling is otherwise known as a cognitive load. Indeed, the mind is stressed to the max trying to make meaning out of random sounds. It is possible that the struggle to understand speech spills over into other areas of understanding. This spillage may even account for the relationship between hearing loss and cognitive dysfunction.

Visit Us at HearCare in Rhode Island

Have you noticed changes in your hearing? Don’t delay to have your hearing checked! If there is a causal relationship between hearing loss and memory loss, you won’t want to risk cognitive decline due to the inability to hear clearly. Assistance is right around the corner, so give us a call today!