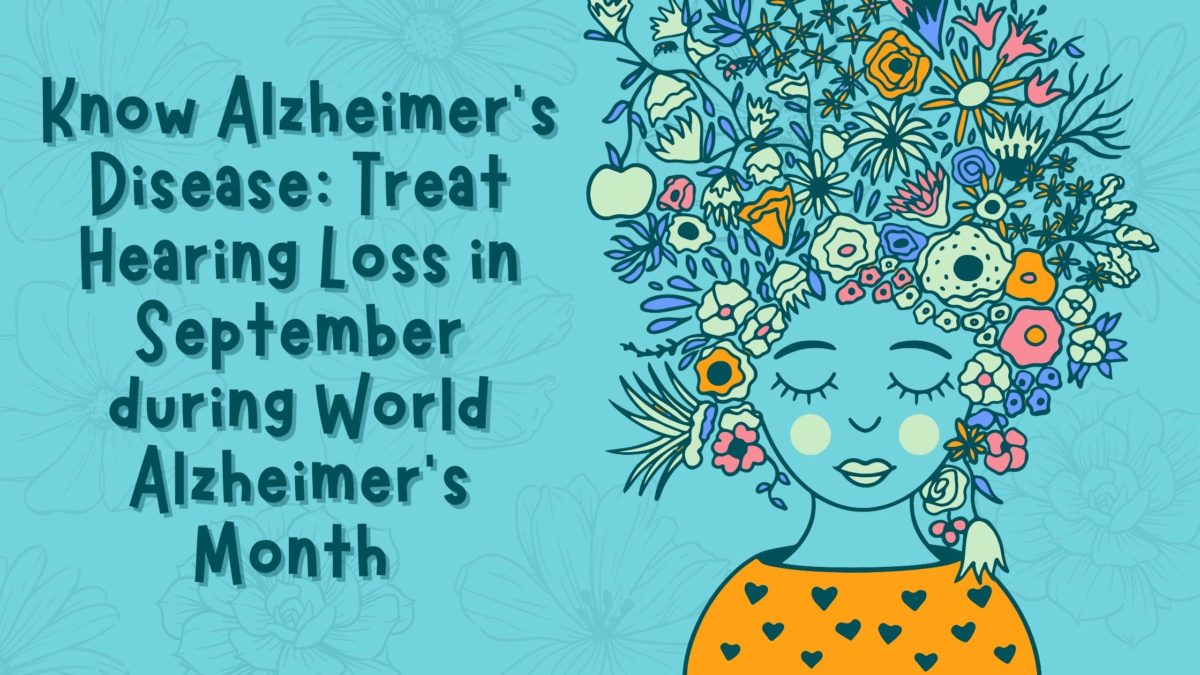 September is World Alzheimer’s Month, and so our attention draws to Alzheimer’s Disease, a devastating cognitive disorder with mysterious causes.

Although more and more research is being devoted to this condition, many of the causes remain elusive to scientists. The symptoms are well known, as is the degenerative nature of the disorder. And we have yet to discover a cure or a failsafe preventative measure to protect ourselves and our loved ones from the disease.

Although mystery surrounds the condition, a surprising connection between hearing loss and cognitive function may be a window into the underlying nature of Alzheimer’s. After explaining some of what we know about this connection, we can put together the pieces of the puzzle that puts hearing loss in the exact mechanism as cognition, dementia, and Alzheimer’s Disease.

How hearing loss can affect your cognition

Although what we know about cognition locates it in the brain, we also know that the thinking mind relies on sensory information from the surrounding world to understand what is going on.

On a fundamental level, the brain uses the eyes, ears, nose, mouth, and skin surface to bring in information translated into thoughts. You might imagine that if one of these sensory organs were impaired, the brain might respond in surprising ways to that lack of information. For example, there are many reports that vision impairment enhances understanding of hearing and vice versa.

However, this connection between hearing and thinking may go even more profound. When hearing is impaired, the brain may change in meaningful ways to fill in the gaps left behind by sound. Structural changes occur in the auditory function of the brain, including the interlocking ways that other brain sectors put together information into thought.

How the brain is affected by hearing loss

When the brain can no longer put together sensory information into meaningful holes, it has to rearrange the pieces as best it can. In the case of hearing, you can imagine how confusing it might be to receive bits and pieces of sound that do not resemble entire words.

Amazingly, the human brain does so well! And yet, the inability to combine sounds into recognizable words can be problematic for other aspects of cognitive functioning, as well. When the brain has to scramble to make complete thoughts out of pieces of sonic information, the cognitive load becomes immense.

The statistical connection between hearing loss and dementia has been clearly documented. A study by prominent Johns Hopkins researcher Dr. Frank Lin found that people with hearing loss were 24% more likely to have Alzheimer’s. Furthermore, he found that the worse the hearing loss had become, the more likely people were to have developed Alzheimer’s. In other studies, the rate of decline was also linked, with those who suffered from hearing loss tending to face a quicker decline in cognitive functioning.

Impaired cognition is a risk factor for Alzheimer’s disease

With this link between hearing loss and dementia securely documented, many experts wonder if hearing loss could be an unknown causal factor in the risk for Alzheimer’s.

So far, the research has shown that the two conditions are both present in many people. Yet, this relationship is not enough to suggest that hearing loss is causing cognitive failure. Although Alzheimer’s research has not shown that the overloaded cognitive scramble experienced by those with hearing loss is sufficient to bring on dementia, the mechanism would explain the statistical anomaly between the two conditions. One direction for new research will be to isolate Alzheimer’s among the other types of dementia and to see if the connection is as strong.

Alzheimer’s disease accounts for 60 to 80 percent of dementia cases, but it is not the only form. New research can isolate Alzheimer’s specifically to see if a strong connection exists with hearing loss, as well.

Treating hearing loss is an important part of your overall health and well-being. Your hearing abilities are intricately connected to your brain. Finding assistance for hearing loss can only help reduce the cognitive load on the mind! By having your hearing tested and seeking out hearing aids, you could potentially reduce the risk for developing dementia.

Talk to our team about the hearing health options available to you that may have benefits that extend far beyond your ability to hear clearly.