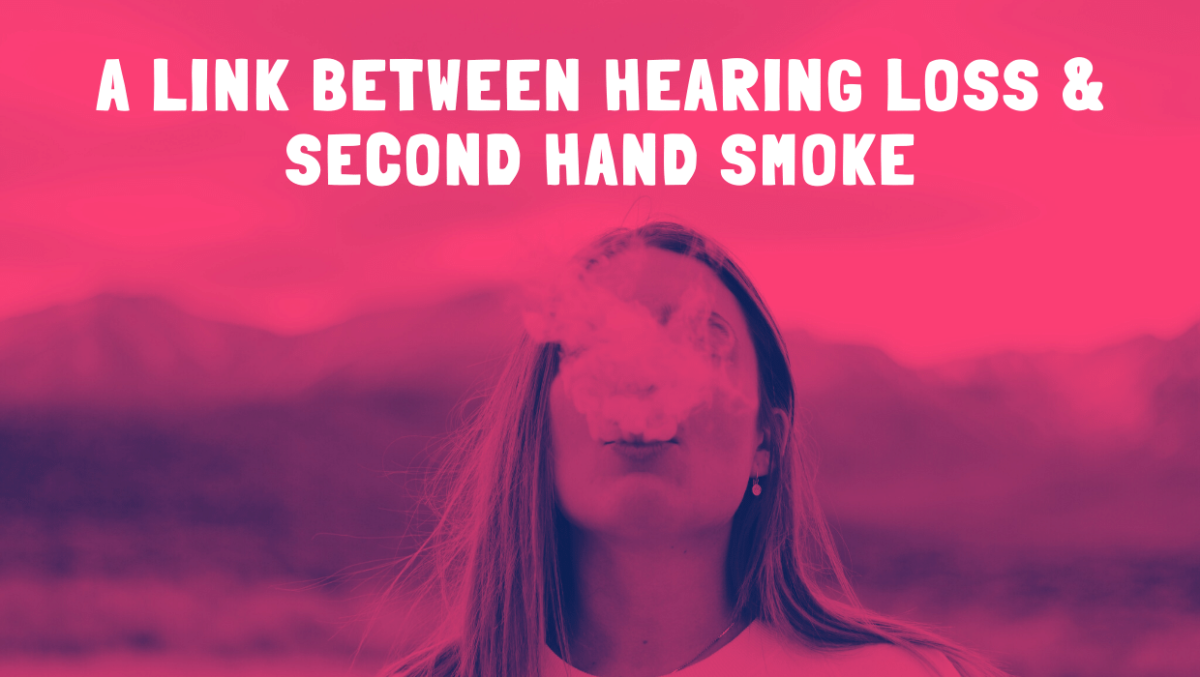 Even after years of scientific evidence that smoking has negative effects on health and longevity, people still choose to smoke. If the risk of lung cancer asthma, heart disease and more isn’t enough to persuade people to avoid smoking, now research is finding that smoking and even second hand smoke can negatively affect your hearing.

When we smoke, the risk of hearing loss climbs faster than many of us would like to believe. In fact, an article from Reuters News reported that from a study of 5,000 people from the Japanese workforce, 60 percent of smokers were more likely to develop high- frequency hearing loss vs. non-smokers. The link between smoking and lung issues seem straightforward enough but what exactly is the connection between smoking and hearing loss?

In our inner ear are tiny hairs called cilia that are responsible for picking up sound and sending it to our brain to be processed. The cilia require ample blood flow and oxygen to stay healthy. If they do not receive enough, the cilia can become damaged or destroyed, contributing to significant loss in hearing.

Nicotine and cigarette smoke can interfere with neurotransmitters, which help your brain identify sounds, cause ear infections and heighten sensitivity to loud sounds, raising the risk of noise induced hearing loss.

Smoking and its effect on teenagers

While hearing loss is commonly an issue that affects 1 in 3 people over the age of 65 and half of those over 75, research is finding that younger generations are also at risk. A study from the New York University School of Medicine blood tested 1500 teenagers and compared the cotinine levels with hearing ability. Cotinine is a byproduct of nicotine, which forms in the blood of smokers and people exposed to secondhand smoke.

Tinnitus is a ringing of the ears that seems to be coming from inside your head. This condition is often associated with hearing loss. When your cilia become bent or broken they can send unanticipated electrical impulses to your brain, which manifest as tinnitus.

The connection between hearing loss then becomes more understandable as smoking also can cause damage to cilia, age related hearing loss, excessive noise and more common culprits of hearing loss. Tinnitus can be a stressful condition when you are searching for quiet and you cannot escape the constant buzz. Sadly, stress only exacerbates the effects of tinnitus. If ringing in your ears is stressing you out then it is a good idea to quit smoking to ease the risk and symptoms of tinnitus.

The sooner you quit, the sooner you can start to lower your risk to your ears and your health. The American Lung Association reports that 20 minutes after your last cigarette, your blood pressure decreases and your circulation improves. After 8 hours, your carbon monoxide and oxygen levels return to a safe level. In about 2 days, you will regain your sense of smell and taste you may have lost while smoking.

If you suspect that you have hearing issues make an appointment with us to have your hearing checked. While hearing loss is permanent it can be treated with hearing aids. Quit smoking today and cut the risk of further hearing damage today.