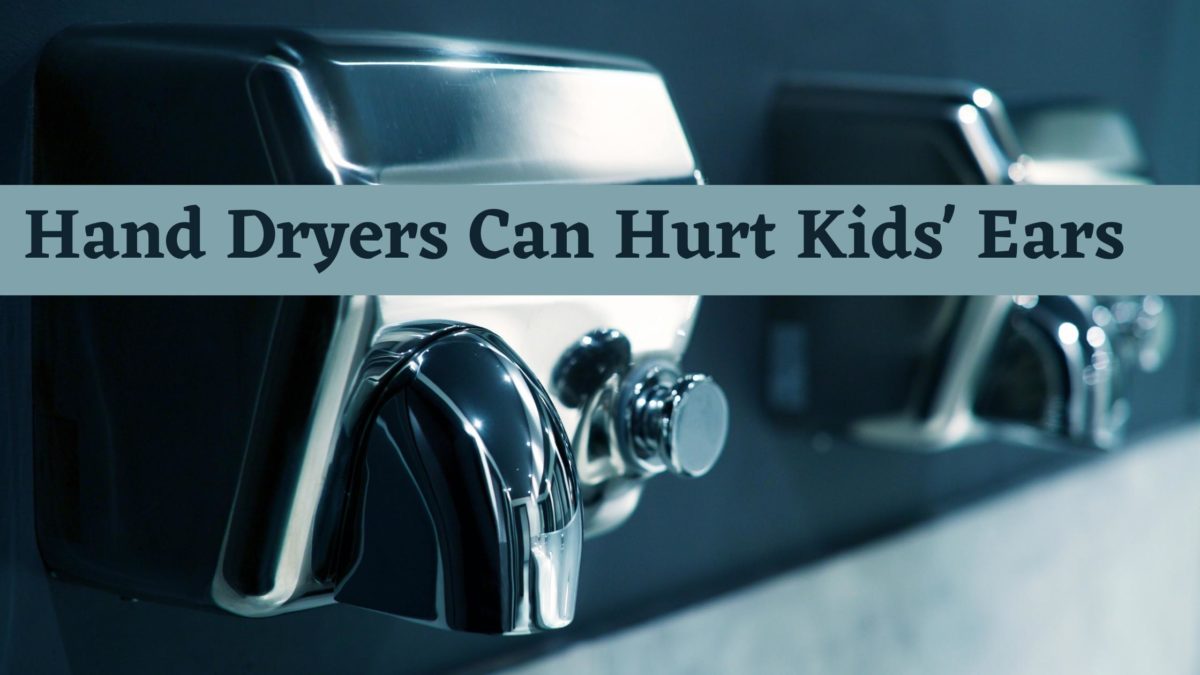 Hearing damage can be caused by prolonged exposure to loud noise (over 80 dB) or by a single loud noise. Because children’s ears are still developing, they are susceptible to hearing loss from sounds that adults would not consider hazardous.

Make an appointment with HearCare RI immediately if you fear your hearing has been compromised or someone in your family has hearing loss.

Even the most innocuous objects can offer a threat that you may not have considered. After using the hand dryers in public facilities, one young woman in Canada reported ringing in her ears. She also saw that some kids were hesitant to use the dryers and that some kids would cover their ears when they were near one.

Her idea was that the dryer’s loudness was damaging children’s ears, and she set out to prove it. She tested the volume of dryers at various heights with a decibel meter. She realized that the dryers were noisy and situated at a height that made the noise even louder for the kids. Her decibel reading revealed that the two most often used hand dryers were operating at above 100 dB in public restrooms!

A level of more than 100 decibels can cause learning deficits, concentration problems, and even damaged eardrums. One dryer had a decibel level of 121. In Canada, where the study was conducted, items with a decibel level of above 100 are not allowed to be marketed to children due to the risk of injury.

While some dryers had adequate volume levels for adults, the volume was not acceptable for children due to their lower positioning and height.

John Hopkins University academics have examined hearing loss in youngsters. Children are routinely exposed to noise levels greater than 85 dB, according to the researchers. Remember that the average conversation takes place at a decibel level of 60.

Loud noises can harm the hair cells in the inner ear and the hearing nerve, especially in children. Hearing loss can occur suddenly or gradually. There are many loud noises, and there are loud volume appliances, such as hair dryers, food processors, blenders, and traffic, subway, leaf blower, and lawnmower sounds.

Because they may play their music devices louder than they should, children are also prone to noise-induced hearing loss. Adults must be mindful of environmental noise and shield children from the noise that adults deem acceptable, but youngsters do not.

The perils of noise-induced hearing loss

You may also notice personality changes, such as aggressive or violent reactions to events or situations that were previously unproblematic.

Be especially careful of environmental noises that may irritate you as an adult but affect a child’s hearing. Even on the 32nd story, children living in flats near a major highway were subjected to a steady 55 to 60-decibel noise, according to the World Health Organization. Children who lived near railroads and were exposed to an average of three to four trains per day were three to four months behind in their reading levels compared to children who didn’t live near a rail system.

In conclusion, youngsters have a significantly different understanding of what constitutes “noise” and what constitutes “harm.” They are susceptible to noise in places where adults are not. Adults have the power to control their environment, whereas children do not. Keep an eye on what’s going on at their schools and even daycare. A vast building project near a child’s daycare or school could represent a risk. Teach your young teen how to safeguard their hearing by using earplugs or noise-canceling headphones.

Hearing Health Matters at All Ages

Now that you know how to protect the hearing of your child or grandchild, it’s time to take care of your own hearing loss. If you’ve noticed changes in your hearing, make an appointment with us now to get a head start on better hearing habits.