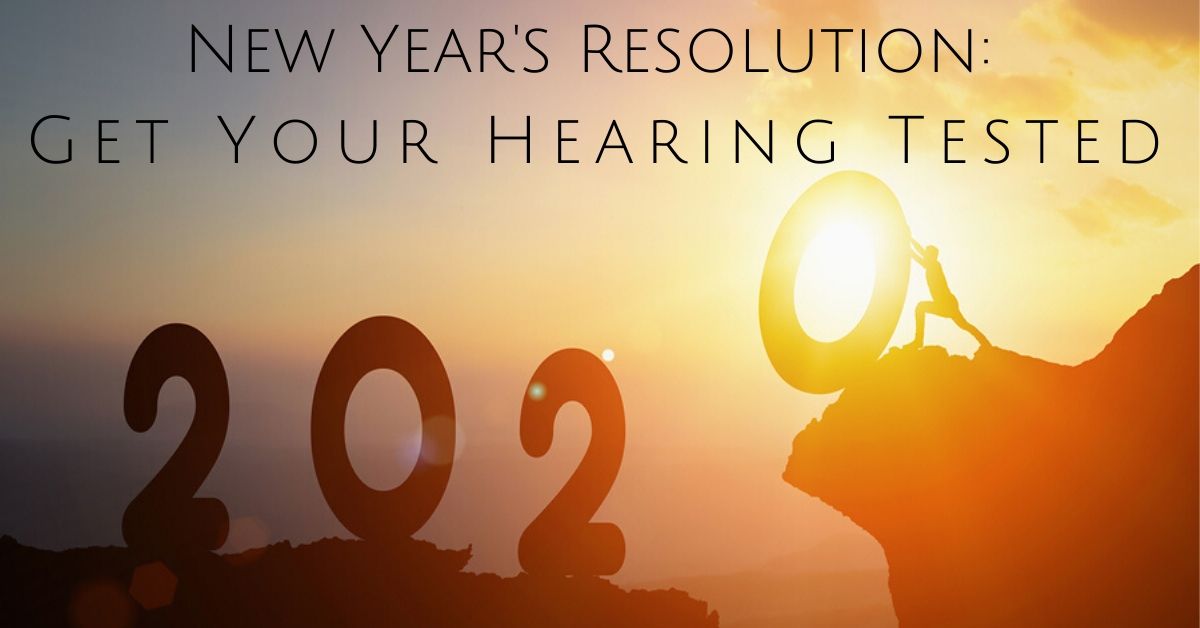 2020 is upon us and with this New Year brings new resolutions to ring in the decade.  Maybe you plan on going on more trips or more time with friends and family.  Maybe this year brings the resolution to get back into that hobby you’ve always wanted to explore.  What ever your resolutions for the new years are, it will take healthy hearing to make that dream a reality.  Perhaps you don’t see at first how hearing loss is connected to any of this but further inspection reveals that hearing loss effects more than just your hearing.

Hearing loss is a national problem

Hearing loss is the third most common physical condition behind arthritis and heart disease, affecting people of all ages. The National Institute on Deafness and Other Communication Disorders states “approximately one in three people in the United States between the ages of 65 and 74 has hearing loss, and nearly half of those older than 75 have difficulty hearing.” While hearing aids are the best treatment for hearing loss, of the 28.8 million Americans (age 20-69) who could benefit from wearing hearing aids, fewer than 16 percent have ever used them. The widespread resistance to wear hearing aids is alarming because hearing loss effects more than just what you hear.

The danger of untreated hearing loss

Putting off a hearing evaluation or delaying the treatment of an already diagnosed hearing loss is more dangerous to your well being than you may initially realize. There are a multitude of reasons why detecting hearing loss and treating it sooner than later is beneficial to you. For one, it can help improve your quality of life, lead to the detection of unknown illnesses elsewhere in the body & the most importantly is what it does for the health of your brain. A common misconception is that we hear with our ears, however our ears are just a pathway to the hearing we actually do with our brain.

Hearing happens in the brain

Understanding the inner workings of the ear and brain make it easier to see how hearing loss is treated. Your ears and brain collaborate not just so you can hear, but to judge which sounds are important. Your ears also play a key role in balance and in providing your brain with spatial relations. When there is a hearing loss present, the way the sound is processed by the brain becomes unorganized. The use of hearing aids can help organize a previously broken signal and send it along the pathway, resulting in better sound processing by the brain.

The inability of the brain to process certain sounds because they cannot be “heard” effects higher level cognitive functioning. Even a mild hearing loss that is untreated puts an increased workload on the brain to fill in the gaps and make sense of what was missing. The brain is working harder than before to understand what it hears. Not only does it put a strain on the brain but in older adults with hearing loss are significantly more likely to develop problems with thinking and memory, and diagnosed with dementia than those who have normal hearing at their respective age ranges.

This can lead also to balance problems and a potential to spend more time in the hospital. Middle aged individuals diagnosed with even a mild hearing loss are found to be three-times more likely to have a history of falling. Because the brain is working harder to hear and understand, the extra effort is taken away from other areas of the brain that help maintain gait and balance, resulting in more feelings of off-balance and unsteadiness. This can lead to a 32 percent higher chance to be admitted to a hospital.

Strain on your relationships

When people strain to hear this often puts a strain on their most cherished relationships.  It’s hard to feed a relationship when there are constant misunderstandings due to hearing loss.  This ultimately can lead to depression. There is an increasing amount of studies and support to show that undiagnosed and untreated hearing loss have a high correlation with depression.

Once you understand how important hearing is to your entire health it seems like a no brainer as to why you should schedule a hearing test with us at HearCare Rhode Island as soon as possible.  Make it a resolution to set up an appointment today and start your new years out right!