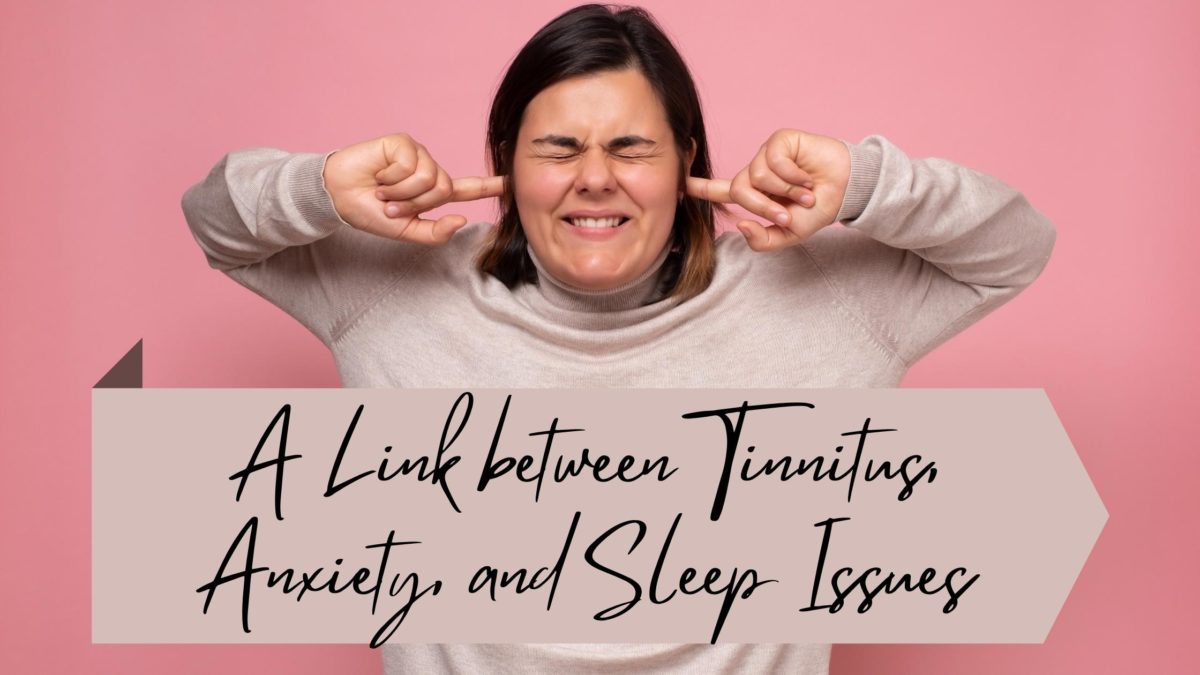 Hearing loss is an issue which begins with the ears, but it quickly ripples out to affect nearly every aspect of our life. That is because hearing loss fundamentally is a communication issue, affecting how we connect to others and inherently to ourselves. Even beyond communication hurdles is tinnitus—a phantom sound which often presents itself and can at times feel unescapable. That is because tinnitus has no external source, but your own mind. It can be incredibly stressful and even interrupt sleep.

Tinnitus is often described as a buzz, roar, ring whoosh – any phantom sound –sometimes even music. It’s subjective, meaning that you can hear tinnitus, but others can’t.  It affects 1 out of every 10 people in the US, particularly with veterans who have been exposed to loud sounds such as aircrafts landing, explosions, and gunfire.

No one knows exactly why tinnitus happens, though it is most certainly believed to be caused due to damage to the ears. We hear using tiny hair-like cells called stereocilia, within the cochlea of the inner ear. Stereocilia are surrounded by a slow-moving fluid and when the fluid reacts to sound wave vibrations the stereocilia convert the vibrations into electrical impulses which are sent to the auditory cortex within the brain. Stereocilia are the only way in which sound is received in the brain for comprehension of speech and identification of sound.

Stereocilia are also incredibly fragile. Exposure to loud sound, impact to the head, certain medications, and chronic conditions such as diabetes, cardiovascular disease and hypertension can all cause permanent hearing loss as a result of damage or destruction. Besides hearing loss, the damaged stereocilia can sometimes send unintentional signals to the brain which are interpreted as the symptoms of tinnitus.

While 90% of people with tinnitus have hearing loss, only 30% of people with hearing loss have tinnitus. Hearing loss can be incredibly stressful causing miscommunication and confusion throughout the social interactions of the day. Hearing loss is irreversible and often goes on for years, causing chronic anxiety as you struggle to hear through interactions which would otherwise be enjoyable. The issue is that stress does not cause tinnitus, but stress makes the manifestation of tinnitus more prominent. When hearing loss continues to make your day stressful, the effects of tinnitus come to the front of your consciousness and can be difficult to escape.

Chronic anxiety can make it a challenge to focus and make people quicker to anger. You’ll struggle to be patient with others and yourself. The Centers for disease control report that of the nearly 50 million people in the US with tinnitus and estimated 20 million people struggle with burdensome chronic tinnitus, while 2 million have extreme and debilitating cases. For those who find they can’t escape tinnitus the constant release of the stress hormone, cortisol can cause the body to be in constant fight or flight mode. Chronic anxiety can cause health issues as serious as hypertension, cardiovascular disease, and heart attack.

Have you ever laid awake thinking of all the things you were worried about? Tinnitus can seem so much louder when you are trying to fall asleep, making it difficult to get the rest you need. A night every now and then of missed sleep isn’t a big deal but when this becomes chronic, insomnia can lead to issues focusing during the day, depression, higher risks of accidents, and a weakened immune system – just to name a few.

Tinnitus is incurable but it doesn’t have to run your life. There are several things you can do to decrease tinnitus from the forefront of your mind. One of the most important things you can do to lessen tinnitus is minimize stress. If you enjoy meditation exercise, yoga, or acupuncture, you know how calm you may often feel after a session. A calm mind will not be as reactive when the buzz of tinnitus hits.

Another effective method for treating tinnitus is a conversational therapy method called cognitive behavioral therapy (CBT). A therapist will lead you through insightful and reflective conversation on your response to tinnitus when it arrives. Instead of responding with stress it helps you find your own way to decenter tinnitus, so you can focus on more important things.

Hearing loss can be stressful and often present along with tinnitus. Many times, treating your hearing will lower stress enough to minimize the buzz. Some hearing aids even come equipped with tinnitus masking features so you can focus on your day instead of the constant buzz. To find out more, schedule a hearing exam today.