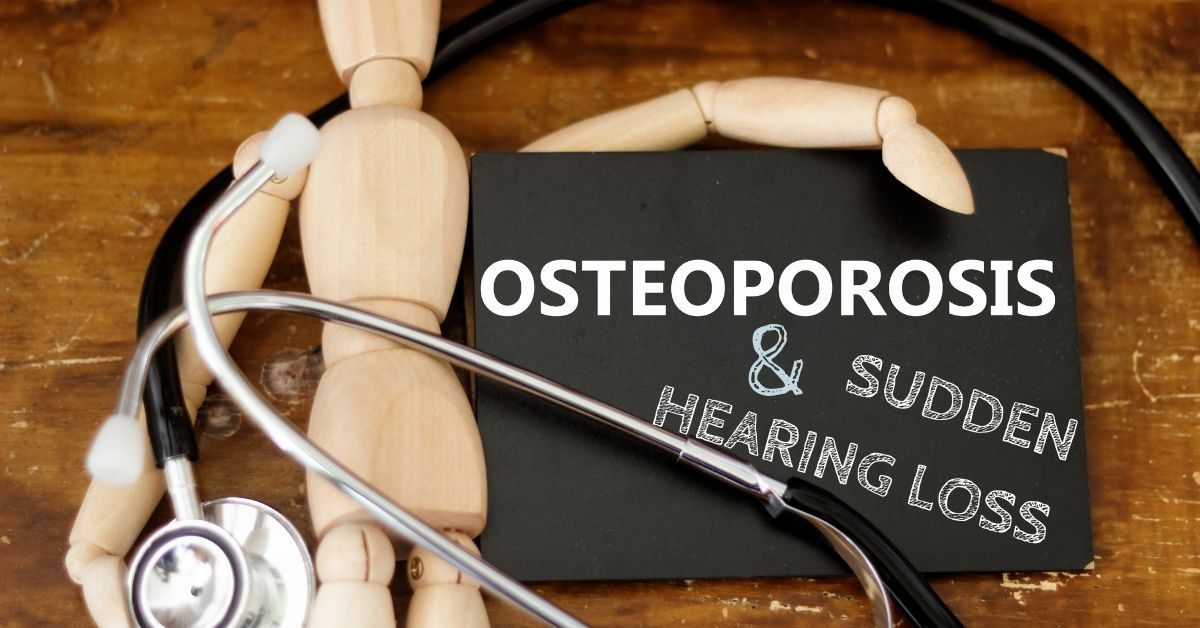 Osteoporosis is a progressive metabolic disorder where bone is broken down faster than the body can replace it. When this happens, your bones become quite weak and are then more prone to being broken. It is a relatively common disorder—it affects around 40 million men and women and, though it affects people of all races, it is particularly common amongst white and Asian women. This leads to bones being structurally weak, and more prone to breaking.

Sudden onset hearing loss usually happens in only one ear, and occurs all at once or over the course of a few days. The cause for this hearing loss is usually never known—what doctors typically describe as “idiopathic.” There are however a small number of cases where a cause may be determined, and research like into osteoporosis is suggesting some significant findings. The 2015 study was conducted using data collected from Taiwan’s National Health Insurance. Kai-Jen Tien, MD, of Chi Mei Medical Center, and colleagues in Taiwan presented their results in the April 2015 issue of the Journal of Clinical Endocrinology & Metabolism. Through their work, they found that shown that people with osteoporosis are 76 percent more likely to develop sudden onset hearing loss.

So Young Kim, MD, is in the department of otorhinolaryngology, head and neck surgery, at CHA Bundang Medical Center in Seongnam, South Korea. Along with colleagues, Dr. Kim also investigated the links between osteoporosis and hearing loss in a study they conducted of 68,241 patients aged at least 50 years who had been diagnosed with osteoporosis between 2002 and 2013. They note that, generally, the sudden onset of sensorineural hearing loss is estimated to occur in 27 per 100,000 people in the U.S. and 15 per 100,000 people in South Korea. In the study, they wrote that “Many factors, such as vascular and metabolic dysfunctions, have been suggested as risk factors for [sudden sensory neural hearing loss] …The cochlea and internal auditory nerve are encased in hard and compact petrous temporal bone. In addition, the calcium ionic flow in and stereocilia of the cochlea orchestrate their activities to maintain mechano-electrical transduction in the cochlea. Therefore, it may be that bone metabolism has a crucial impact on auditory function.”

It might be that anti-osteoporotic therapies that are meant to reduce the risk of fracture and improve bone quality in patients with osteoporosis may also reduce the risk of sensorineural hearing loss. Until further research is conducted on the relationships of osteoporosis to hearing loss, however, it simply pays to be attentive to bone health and bone density. As Dr. Tien writes,

“More people worldwide are suffering from osteoporosis, and our work shows they are at risk of sensorineural hearing loss as well as bone fracture and other problems…Patients who have osteoporosis should be aware they need to seek medical help immediately if they experience hearing loss.”

Have you experienced sudden changes in your hearing? The most important step is to take a hearing test. At HearCare Rhode Island, we provide comprehensive hearing health tests and are here to support you on the journey to better hearing. Contact us today to learn more!