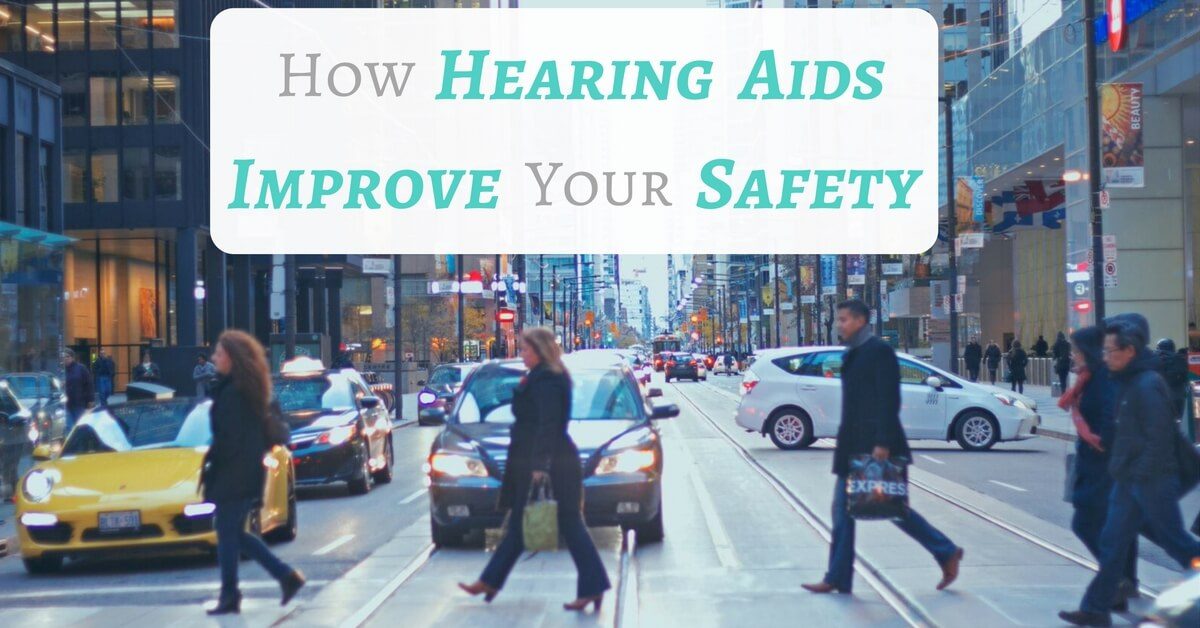 How Do Hearing Aids Improve Your Safety?

We know the many benefits hearing aids bring to one’s life – connecting people to their loved ones, potentially decreasing the risk of dementia, and ensuring one’s earning power on the job.

Because hearing is an invisible condition, it may be difficult at first to notice the signs. Untreated hearing loss continues for an average of seven years from the time a person first experiences changes in their hearing. Not only does untreated hearing loss often lead to depression, anxiety, and stress due to communication problems and social withdrawal – it also could compromise a person’s safety and security.

When we treat hearing loss with the prescription of hearing aids, one’s safety and security is improved.

Studies on Increased Hospitalization and Accidents

Many different studies have found links between untreated hearing loss and accidents and hospitalizations.

Studies have found that falls, due to untreated hearing loss, have lead to hospitalization and death in older Americans (age 65 and over). Dr. Frank Lin of Johns Hopkins and Luigi Ferrucci of the National Institute on Aging analyzed data compiled over several decades since the 1970s. They found from the thousands of surveys of Americans, “people with 25-decibel hearing loss (classified as mild) were nearly three times more likely to have a history of falling. Each additional 10-decibels of hearing loss increased the chances of falling by 1.4 fold. A further 20-decibel hearing loss over the ‘mild’ classification would push up the risk by threefold again.”

According to Dr. Lin, untreated hearing loss could contribute to falls and accidents because “people who can’t hear well might not have good awareness for their overall environment, making tripping and falling more likely.” He also suggests that “hearing loss might increase the risk of falls [due to an increased] cognitive load, in which the brain is overwhelmed with demands on its limited resources.”

For those with untreated hearing loss, a crucial first step toward improved safety is a comprehensive hearing exam to determine hearing abilities and the possibility of a prescription for hearing aids.

Says Dr. Lin, “Gait and balance are things most people take for granted, but they are actually very cognitively demanding. If hearing loss imposes a cognitive load, there may be fewer cognitive resources to help with maintaining balance and gait.”

With untreated hearing loss, the brain struggles to make sense of unclear sound signals and attempts to fill in the gaps. This increases the cognitive load required of the brain, leaving little energy and attention for other bodily processes.

Aside from balance issues, hearing aids help people stay connected to their general environment. We use our sense of hearing every day, without even realizing it. When you’re crossing the street and hear a car horn or bicycle bell, that audio information helps you to make split-second decisions to ensure your safety.

When inside the home, there are many alarms and signals to keep us safe. If we’re upstairs with something baking in the oven, it’s the sound of a fire alarm that signals to use that something is burning. It helps to hear doorbells – but even more, the ability to hear various sound within the home helps to ensure our security from intruders. Home security systems also rely on alarms to keep us safe. Hearing aids ensure that we are able to pick up on everyday sounds inside our homes.

There’s no reason to risk your safety and security with hearing loss. If you believe you, or a loved one, are experiencing hearing loss, contact us at Hear Care Rhode Island! We’ll provide a comprehensive hearing exam and support you through the steps to better hearing.

or talk to us here